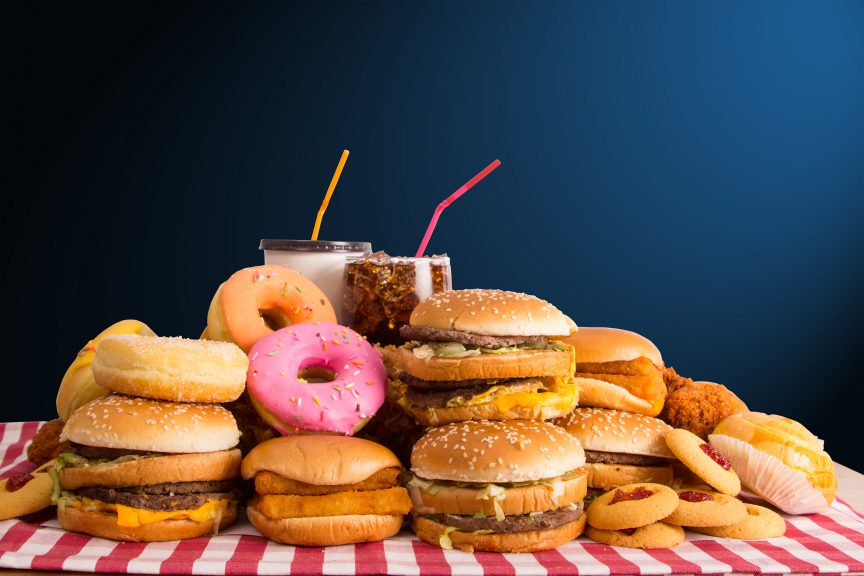 A healthful diet is an excellent way to help fight inflammation in the body. And given that inflammation is counter-productive for people combatting the effects of chronic lymphedema, it can be helpful for patients to adhere to an anti-inflammatory diet and lifestyle.

While embracing inflammation-fighting foods and a more healthful lifestyle are certainly important steps toward regaining control over inflammation, it’s also helpful to eliminate pro-inflammatory foods from the diet. These are foods that are generally associated with an increased level of inflammation in the body.

So what foods should you avoid in your pursuit of reduced inflammation?

Perhaps the worst culprit of all is a class of “foods” known as artificial trans-unsaturated fatty acids. Also known as trans fats, these synthetic chemicals (sometimes identified as partially hydrogenated oils in food labeling) are laboratory-created, shelf-stable fats that are typically solid at room temperature. They are highly unlikely to spoil. In the past, hydrogenated shortening in a can, (for example, Crisco) exemplified this synthetic food.

Created like Frankenstein’s monster, in a laboratory, when they were first invented these substances were hailed as a better alternative to more natural, plant-derived cooking oils, which tend to spoil and go rancid after spending too much time on store shelves, or following exposure to light.

Widely introduced in the U.S. in the 1920s—and used in everything from margarine, to packaged baked goods, to deep-fried foods—trans fats all but flooded the market for decades, in a sort of perverse, ill-advised experiment. It was an experiment that exposed millions of unsuspecting people to an artificial nutrient that had never been rigorously tested for safety. As it turns out, consumption of trans fats may have accounted for the heart disease epidemic that peaked in the 1960s. While saturated fat has often been blamed for elevated cardiovascular disease risk, it now seems far more likely that consumption of inflammation-producing trans fats was the real culprit.

In 2003 the World Health Organization recommended that people reduce their consumption of these questionable substances to less than 1% of the diet. By 2013 the United States Food and Drug Administration finally took steps to pressure food manufacturers to reduce or eliminate these substances from the food supply. Despite the fact that we have known now for decades that these chemicals are extremely harmful—essentially toxic—food makers are still allowed to include them. In fact, FDA set guidelines in 2015 that require food makers to eliminate all trans fats from processed foods by 2018. But it’s still possible to encounter them in the food supply.

People suffering from lymphedema should rigorously avoid any exposure to these Franken-foods. Instead, choose extra virgin olive oil, which is

Simple carbohydrates are foods that are readily, quickly broken down in the body. When they do so, they flood the bloodstream with sugar molecules. The body responds by releasing insulin, which is then followed by a blood-sugar crash, triggering more hunger, and more overeating. Too much sugar in the blood at once can be harmful to blood vessels, and may encourage both cardiovascular disease and the development of type 2 diabetes.

Sources of simple carbs include highly processed goods, such as white flour, pasta, cornstarch, or baked goods, such as bagels, white bread, white rice, cake, cookies, etc. Sugar itself is the simplest of simple carbs. Some experts view added sugar in the diet as a real danger to health. Instead, choose complex carbohydrates. Available in things like whole grains, complex carbs release their payload of sugar slowly, allowing the body to adjust, and keep both insulin levels and blood-sugar levels relatively steady. This avoids triggering inflammation and keeps appetite in check.

Intriguing research is emerging that suggests that meat from fur-bearing creatures is essentially capable of provoking an allergic-like response in humans. Allergies are manifestations of inflammation, so if true, this finding suggests that anyone wishing to reduce inflammation should consider eliminating mammal meat from the diet. This includes beef, pork, rabbit, bison, etc. Meat from poultry does not have this effect. And fish is generally considered to be an anti-inflammatory foods, due to the presence of beneficial anti-inflammatory omega-3 fatty acids in certain species of fish.

In any event, research has consistently shown that higher consumption of red and processed meats is clearly linked to elevated cardiovascular disease, risk, so it’s best to curtail your consumption of these foods.