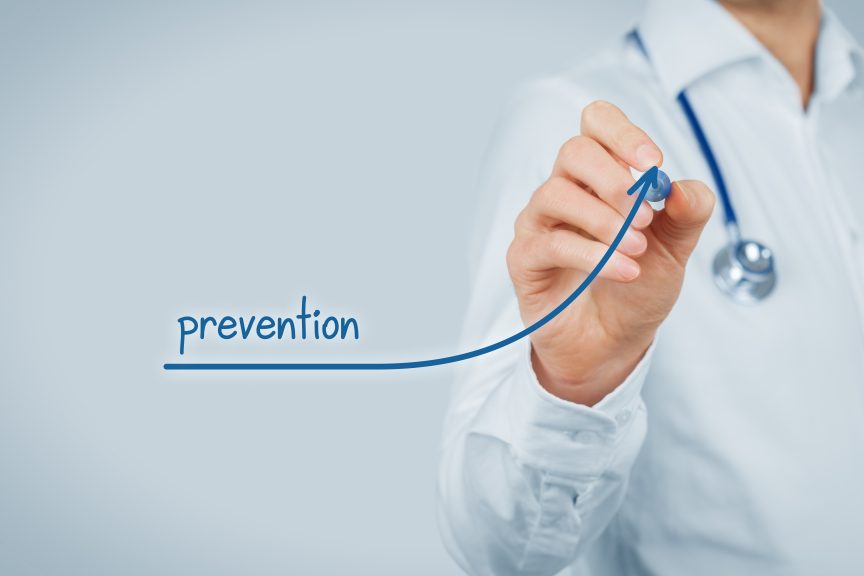 The statistics regarding lymphedema following breast cancer diagnosis and treatment may appear a bit discouraging at first. But things are not entirely grim. For instance, a 2009 study concluded that up to 42% of breast cancer survivors experienced some form of lymphedema within five years of receiving treatment. Furthermore, women initially diagnosed with mild lymphedema were three times more likely to see their condition progress to moderate/severe lymphedema, compared to women who never developed any lymphedema.

An earlier study concluded that the incidence of post-breast cancer lymphedema ranges anywhere from 6% to 30%. Unfortunately, although lymphedema typically strikes within three years of a breast cancer diagnosis, it can also occur much later. Essentially, survivors are considered to be at lifetime risk for the condition. Not surprisingly, a diagnosis of chronic lymphedema can take a physical and “psychosocial” toll.

But there is some reason to be encouraged. Emerging research indicates that certain steps can be taken to minimize one’s chances of developing lymphedema. And proper therapy for the condition—including the wearing of appropriate medical-grade compression wear—can help control symptoms and slow the progression of the condition.

At present it remains somewhat unclear why some patients are affected while others are not, and why many cases only arise a year or more after initial surgery and/or radiation for breast cancer treatment. Of course, drugs, surgical excision, and/or radiation are presumed to damage, destroy or otherwise interfere in some way with the normal functioning of lymph vessels and lymph nodes in the affected areas. As a result, lymph fluid may accumulate in the arm(s), shoulder, breast, and thoracic area.

Research suggests that an aggressive treatment combination that includes certain types of chemotherapeutic drugs, surgery, and radiation may be linked to the greatest risk of developing lymphedema. The good news is that while lymphedema after breast cancer treatment is still common, it is typically mild. And certain factors have been identified that correlate with a decreased risk of lymphedema.

For instance, younger age at time of diagnosis, as well as being active, were linked to a reduced risk of lymphedema in a 2008 study of Australian women. On the other hand, the same study found that “…older age, more extensive surgery or axillary node dissection, and experiencing one or more treatment-related complication(s) or symptom(s) at baseline,” were all associated with increased odds of developing lymphedema. Some research suggests that less invasive surgeries, such as sentinel lymph node biopsy versus axillary lymph node dissection (removal), may significantly reduce the likelihood of lymphedema.

Finally, there is substantial evidence to suggest that being overweight or obese are significant risk factors for lymphedema. Being sedentary (inactive) is also linked to a somewhat greater risk. This suggests that maintaining a health body weight—or losing excess weight—may be somewhat protective against the development of lymphedema after mastectomy or other treatments for breast cancer. In fact, a 2007 study, published in the journal, Cancer, concluded that weight loss can lead to significant reductions in arm volume, an indicator of the degree of lymphedema.

Exercise may also help, although the benefits may be somewhat less impressive than one might hope. A 2009 study published in the influential New England Journal of Medicine showed that women who lifted weights—with progressively increasing weight—experienced greater improvements in self-reported severity of lymphedema symptoms compared to similar women who did not lift weights. This is notable, because in the past, experts typically cautioned post-surgery patients to avoid lifting weights. These patients also experienced fewer exacerbations of their symptoms, and, of course, increased arm strength.

Furthermore, it’s becoming clear that women who engaged in physical exercise after surviving breast cancer “significantly lowered their risk of breast cancer mortality and improved their physiological and immune functions,” as noted in a 2013 article published in the Journal of Cancer Prevention.

To summarize: Only a minority of breast cancer survivors will develop lymphedema, usually affecting the arm(s). Being younger at the time of treatment reduces one’s risk of lymphedema. But being at a healthy body weight appears to be the single best predictor that one will not suffer from serious lymphedema. Post-treatment activity and exercise may reduce one’s risk somewhat. Less aggressive treatments, including surgery that spares as many lymph nodes as possible, is also correlated with a reduced risk of lymphedema.