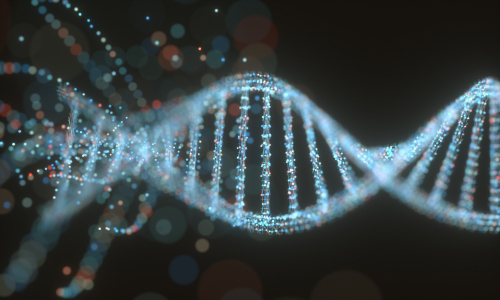 Lymphedema is a chronic condition that emerges for many patients after they’ve undergone certain treatments for cancer. That’s because radiation and/or surgical removal of tissues (often including some or all lymph nodes) can have a damaging effect on the lymphatic system in the affected area.

Physical trauma is another potential trigger for lymphedema; perhaps subsequent to an accident, or following surgery for a non-cancer related reason. In certain parts of the developing world, infection with a parasite can trigger lymphedema (filariasis). In any event, these forms of lymphedema are called secondary lymphedema, as it occurs only after a precipitating event damages local lymphatic structures.

Although lymphedema symptoms can be managed, it remains incurable. For most sufferers, the goal is to manage their condition successfully. For some patients that can mean few, if any, symptoms. Unfortunately, lymphedema may strike at any time following a precipitating event. In some instances, it may manifest months or even years after successful treatments for cancer. No one knows for certain why lymphedema occasionally occurs so long after such treatments.

For reasons that are unclear, females are more likely to suffer from primary lymphedema than males. In the general population, only about one in 6,000 people are born with primary lymphedema. The great majority of cases (about 80%) consist of hereditary lymphedema type II (Meige syndrome). This is a form that manifests during or after puberty. Although it typically affects the legs, other areas such as the arms or face may be involved although this may be another genetic cause for lymphedema.

As we have seen, there are two main types of lymphedema: primary and secondary. Primary is related to heredity; a person is born with this defect. Secondary develops when otherwise healthy lymphatic structures are harmed by trauma, infection, surgery or radiation. The former is an example of a predetermined condition. Genetics cannot presently be changed; one is born with this condition. But what about predisposition? Can an otherwise healthy person be more predisposed to develop secondary lymphedema?

Although experts have not yet incorporated this finding into their approach to the treatment of breast cancer, the authors suggest that this new understanding of the role of genetics in susceptibility to secondary lymphedema indicates new approaches may be required to minimize the risk of the condition.