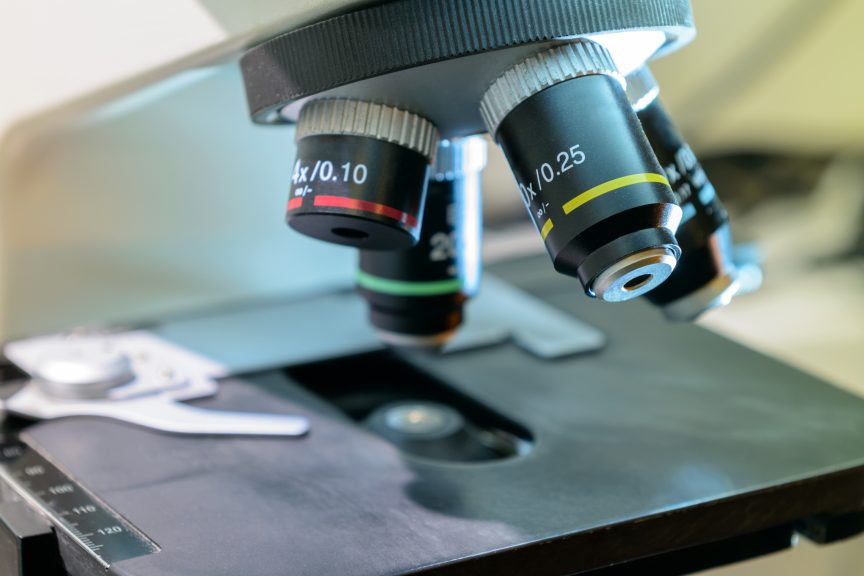 Recently, doctors involved in lymphedema research at Tomsk University, Siberia, announced a potential new method for diagnosing lymphedema. The method combines an imaging technology known as “multiphoton imaging” with sophisticated computing known as machine learning. Multiphoton imaging enables real-time analysis of living tissue, using near-infrared light. In essence, the technique allows scientists to look more deeply into skin tissue without the need for extracting a sample of tissue, or the need to inject some foreign substance.

Machine learning is a form of so-called artificial intelligence, in which a computer “learns” to perform a particular task without first receiving specific instructions regarding that task. The technique will reportedly enable medical professionals to diagnose lymphedema much sooner than is presently possible.

Early lymphedema diagnosis is thought to be important because scientists believe the changes underlying the development of lymphedema may occur well before the condition is otherwise detectable. Earlier identification of lymphedema could allow for better treatment and perhaps even prevention of the chronic condition. Figuring out how to diagnose lymphedema as early as possible could help improve a patient’s prognosis.

While classic lymphedema is characterized by the unsightly, uncomfortable, and irreversible buildup of excess lymph fluid in the tissues of an affected body part (e.g. an arm), it is only after visible swelling occurs that it’s possible to diagnose the condition and begin treatments. Treatment amounts to the management of symptoms, such as prescribing medical-grade compression wear, Compression Wraps, and bandages or beginning manual lymphatic drainage. But according to the Russian researchers, it’s possible to detect subtle changes in proteins called collagen, within the skin. These changes evidently occur well before lymphedema becomes visibly apparent.

Collagen is the primary structural protein that makes up the matrix supporting cells of the body’s connective tissues. Connective tissue is one of the four main types of tissue that make up the human body. It accounts for some of the familiar properties of skin, including its elasticity. Basically, scientists were able to detect minute changes in the properties of this matrix, well before visible swelling of the affected area became apparent to the naked eye.

When lymphedema is present, collagen becomes more disorganized, and the ratio between collagen and another, stretchy protein, called elastin, is altered. As this imbalance in the ratio of collagen to elastin increases, fibrosis of underlying skin tissue increases. Fibrosis is typically a response to injury or some other form of tissue damage. Scar tissue, for instance, consists of fibrotic tissue. Fibrosis is another hallmark of advancing lymphedema.

At present, methods for diagnosing lymphedema are somewhat problematic. One method involves assessing changes in the fluid volume of an affected body part. This is accomplished by submerging the affected body part in water and measuring its water displacement. Obviously, this method has certain drawbacks. Not least is its inability to diagnose lymphedema before significant tissue swelling has begun.

Other, older methods of diagnosis are even more problematic. They involve injecting dyes or radioactive contrast agents into local tissues to help monitor the progression of extracellular fluid out of these tissues and into adjacent lymph vessels for drainage. Under ordinary circumstances, among healthy individuals, this extracellular fluid drains out of the spaces between cells in the tissues, and back into local lymph vessels for drainage and recirculation.

When this fluid enters lymph vessels, it is called lymph, or lymph fluid. When lymphedema is present, this slow, steady drainage process slows significantly. This allows fluid to back up and create the swelling (and, eventually, other problems) that we associate with chronic lymphedema.

Prohibitively expensive imaging technologies, such as ultrasound, magnetic resonance imaging (MRI), or dual-energy x-ray absorptiometry (DEXA) can be used to monitor the progress of the labeled fluids through the system. These techniques can measure variations in tissue density, accumulation of fluids, and the development of tissue fibrosis. But, as noted, they are expensive to use. They are also invasive, in that a labeled dye or contrast agent must first be injected into the body.

The onset of lymphedema is characterized by swelling in an affected area, as lymph builds up in the tissues and fails to drain properly. This creates other problems as well. These other problems include changes in the structural proteins that make up the tissues beneath the skin. And it is these changes, in the makeup of these proteins, that are assessed using the newly developed technique. Since these subtle changes occur well before significant tissue swelling has begun, investigators believe their new technique could be harnessed to diagnose lymphedema earlier, and less expensively, than is presently possible.

Perhaps the most attractive aspect of this newly proposed early lymphedema diagnosis technique is the fact that it can be done non-invasively. In other words, there is no need to inject anything into an affected body part first. As noted in a recent clinical paper on the subject, published in Biomedical Optics Express, “Multiphoton laser microscopy (MPM) provides instantaneous [in live subjects] tissue imaging at the cellular and subcellular levels.”

This potential new diagnostic technique may one day be adopted by doctors to improve the early diagnosis of emerging lymphedema among patients. As the Russian researchers noted in the conclusion to their paper on this technique: “…lymphedema diagnosis based on collagen disorganization analysis by MPM and machine learning is very promising.”